Venus and Saturn – Fear of Happines

So?
Is she (he) back?
What do you mean ‘who’? The old love, or that unrealized story that retrograde Venus brings?
Did he send you a message? Did he asked to see you? Has he said all that which he didn’t in the past and have you said what you had to say, all at once, like a morally sublime monologue of someone full of self respect, someone who doesn’t let others to treat him how they wish and to take likely?
And it is not like you didn’t ask yourself where he is, with whom he is, and it is not like he didn’t ask himself are you visiting his Facebook profile, check out his pictures…do you wonder whom he dreams of…and it is not like your souls haven’t recognized each other the first time and it didn’t work out.

At one moment you could have sworn that that was it, that you needed no more and no less. You used to carry around your phone everywhere with you, just in case he calls when you are washing your hair, you fiddled with it nervously, checked if it works, and when he finally called, your voice sounded like you are being called by a repairman…half interested, without a glimmer of happiness and spark of joy, or surprised and confused – like you would have never even remembered his name. But, most often, it is totally opposite. Like someone who is having the time of his life, while leaving him crushed and broken. But, he wasn’t idle during that time. He followed you in the internet from every corner, found out your whereabouts, and all that cunningly and non intrusively, so that no one ever thinks that he cares. 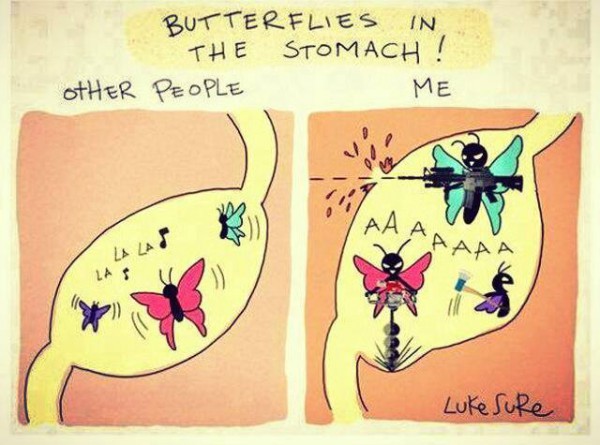 Pride, which here has nothing to do with the Sun (Ego), but with fear (Saturn) which shakes our knees, files kamikaze butterflies in your stomach and sweats your palms, is used to mask the state of restlessness and ultimate anxiety. So numbness, disinterest, changing of the subject of the conversation, dislocating, unreal ecstasy and euphoria are the known places of hiding.

And then these Venus-Saturn aspect come along for a skywalk, and as above, so below- so if it hurts above, it hurts below.

This summer Venus has an intensive relationship with Saturn. Saturn keeps an eye on her like a possessive torturer, so every sign of her freedom and strength he sees like a new mission for him to break her and scarify her. That is why the scenario from the first passage is the most often during the summer, like a movie that we watched for god knows how many times, but here we are, eyes wide open, curious will it have the same end again?

The heart has tightened like the belt on the pants of the starving, like a mother whom doesn’t throw anything from her plate, like the economy which crushes us with her austerity measures. And this is the main root of this aspect. And it draws itself from history, from decades ago from an empty table in the house where everyone is hungry, or from internment camps, or from a conditioned marriage in which one enters to ensure a certain meal, and nothing else. No love, no joy – just to survive. And from such roots, now we ends up in a love story, without knowing of our ancestors pasts. Without knowing of their hunger, now we ends up hungry (like a wolf) of love.

But before one experiences the pain of the love hunger, first we experiences hunger in small doses, always to be without love, to stay without hugs and afection – what we need the most. We take a little by little, until one gets used to picking up crumbs. A timely dose always comes just about when an angry response is ready, so one more chance is given, maybe this time it will be different… but it doesn’t. But something else changes. The anger and rage, that proud and angry posture every time gets weaker, less convincing, and it appears that the second chance lasts longer then the first, the third lasts longer then the second… Anyway, time passes and this person is still unreleased from your life, like a spirit trapped in the house where it can’t find a way out. Just like your emotions and your fear.

This is why this is an exorcistic transit, which will work how we do, and how much we are ready to face the fear.

Fear to ask for the love we need.
For what if we ask, and he runs away?
What if he asks, and she thinks”what a maniac!”

What if he gets angry of how did we dare to ask.
What if he punishes us or even worse… starts to blackmail, manipulate…

Believe it or not, this is the same fear our grandmothers had when they didn’t have the courage to ask for one more potato, so the one they got they rationed it as much as possible. This is the same fear our mothers had when they were too afraid to ask for a promotion, even though they deserved it, and instead they remained grateful for what they had like it was handed by God. This is confiscation of property from your grandfather who had enough and was happy, but who never smiled again when they took it away from him. This is every misfortune, war, sickness, and most oftenly poverty – which canceled the joy of life, suffocated the laughter out of it and taught the gene which everyone of us has, to live without pleasure. That you can survive without joy. Without true happiness. Without love and closeness. That if you are happy, you can easily be made unhappy. That happiness can be taken in an instant, and that there is no going back.

And after who knows how many years and decades, two meet engulfed in fear from hunger they feel. The animal in them is the first to open their eyes. The passion is obvious, and in this day and age uninhibited, so the animal in them satisfies the urges. Remember that few decades ago, not even the animal was allowed to be satisfied. Clenched and stiffed, they would pretend that nothing is happening. But anyways, we still have in our evolution of genes to thaw out our frozen heart, to release it from fear that happiness will be taken away from us. The fear that makes us not to say how much we need love so he or she wouldn’t leave, so he or she doesn’t get spooked. So that he doesn’t get uninterested easily.

Fear of happiness most certainly exists, and what is happiness but to be heartfull. With desires fulfilled. What is happiness but to be loved, to get in love all that we need. To know how to ask for love and to give it freely. That is what these Venus retro days in relation to Saturn are for. To observe ourselves in the passage of time. Where are we concerning happiness, and where we were? If you were much more free and honest before, ask yourself what happened that made you to lose spontaneity and turn everything into one huge spasm? Some people are in the same place where they were before, in the Status Quo land or in the Land of Denial. But someone gave it some thought and talked about it with friends, therapists, astrologers. Someone already has prescribed pills on the table or in their pocket, to keep them numb and inhibited, a sedative for the pain, just like alcohol intoxication and vices are. Neptune is always eager for Venus which wants everything except to see what is inside. Everything just to keep her ideals, her perfect dreams and mostly illusions. There are also those who got tired from all of it so they kinda don’t care. And there are those who done good job and finished this love hunger torture year ago, so now they sit in the audience almost bored since they don’t have unfinished business. But even they are not spared. They are besieged and beset  by their nearest and dearest with their love dramas,  asked for council, friendly therapy, or to have an abettor in discrediting the offender so they would be rid of addiction that way.

What every woman doesn’t know is that by cursing him she curses that selfish grandfather who never gave anything to his daughters, and while Man torments himself with endless prayers for her to be removed from his heart and his mind, he doesn’t know that it is the visage of his grandmother, who left her children and remarried out of necessity, is the thing that he wants to be removed. There is no real salvation but forgiveness for those poor souls which came before us, drowning in sorrow and misery, who had to live a life full of loneliness, deprived of any pleasure. To forgive them is to forgive ourselves, to see them is to see that their life is not necessarily ours, and to understand their torment without moral judgment…”She didn’t had to do that, she had a choice”… Someone who was first in that line, didn’t had a choice. It was a necessity for time and circumstances they lived in. But you have a choice. Choose to ask for that what makes you happy. Or, don’t ask, and stay hungry. 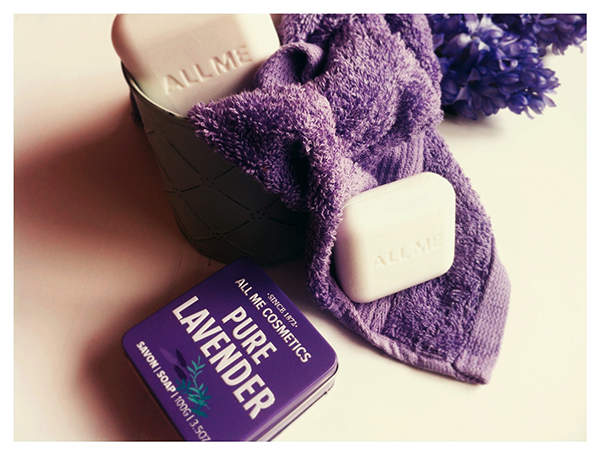 Venus in Gemini – I Wanna Hold Your Hand

“You know the reason The Beatles made it so big?...'I Wanna Hold Your Hand.' First single. Fucking brilliant. Perhaps the most fucking ...

END_OF_DOCUMENT_TOKEN_TO_BE_REPLACED

Saturn at the Border

Saturn is right there, on Scorpio Sagittarius border. He has been there a long time, and will be for some time more befor...

END_OF_DOCUMENT_TOKEN_TO_BE_REPLACED

SUN IN LEO – LICENCE FOR LIFE

We are entering August. The month which naturally belongs to the sign of Leo. You probably know that it got it's name by the emperor wh...

END_OF_DOCUMENT_TOKEN_TO_BE_REPLACED

Mercury in Leo – it is beautiful to live!

Mercury is in Leo! I love his enthrallment with the world, his eyes wide open. Those are the children who are born googly-eyed. Tho...

END_OF_DOCUMENT_TOKEN_TO_BE_REPLACED

Astrology is all around us. In other people's lives, in books, in the street while you're walking, in songs. After reading&learning...

END_OF_DOCUMENT_TOKEN_TO_BE_REPLACED

ANNUAL HOROSCOPE FOR 2015 – PROGRESS NOT PERFECTION!

translation: MAJA MISKOVIC Before reading your sign’s forecast for 2015, here is the general outlook: New Year has its own histor...

END_OF_DOCUMENT_TOKEN_TO_BE_REPLACED

The Moon & Saturn & Mars in Scorpio

translation: MAJA MISKOVIC You can’t force it. You can’t be forcefully happy. Nor “positive.” Especially now, in the next two to thr...

END_OF_DOCUMENT_TOKEN_TO_BE_REPLACED

Venus in Cancer – Love is A Many Splendor Thing!

translated by MAJA MISKOVIC Venus is in Cancer since July 18. Listen to the music I shared and read this text. Be intoxicated, just...

END_OF_DOCUMENT_TOKEN_TO_BE_REPLACED

translation Ida Popovski We have reached the end. Pisces have started, it is the beginning of the end of a solar cycle, a solar ...

END_OF_DOCUMENT_TOKEN_TO_BE_REPLACED

Transiting Moon in Cancer – Let’s not Forget about Love

translation: Maja Miskovic (This text was posted on Facebook, but I deem it important, since until Uranus is in Aries and Pluto in C...

END_OF_DOCUMENT_TOKEN_TO_BE_REPLACED

Mars in Libra – Desire to be Desired

END_OF_DOCUMENT_TOKEN_TO_BE_REPLACED

Venus in Sagittarius – The Most Liberated Prisoner of Love

translation: Maja Miskovic Venus is in Sagittarius.  She will stay in Sagittarius until November 4, and in the game called love, thi...